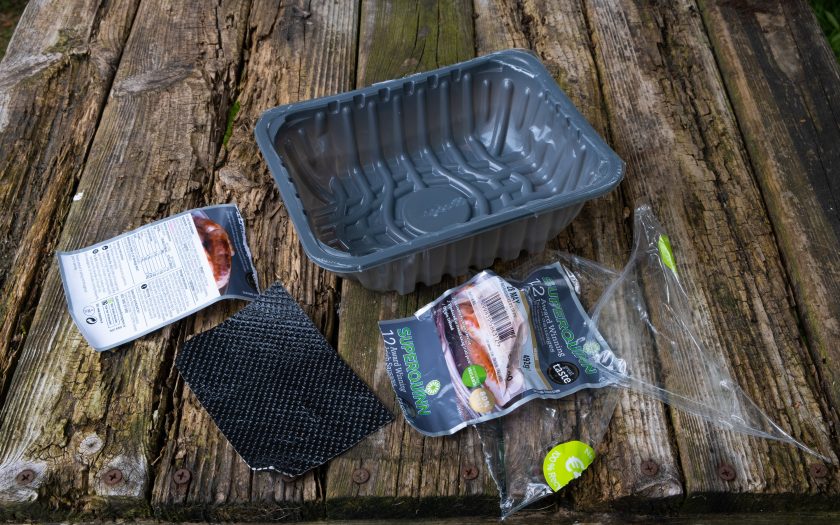 (Tim is a lecturer in photography in TU Dublin, but has been studying plastic waste since he was a child walking on the beaches of Florida.)

Plastic waste is a big problem. Plastic is all around us in our consumer culture, and we are beginning to realize how it is literally all around us every day, as a dangerous waste. Plastic is a wonder material with important functions. But we use too much for convenience and the waste it makes is destructive to the natural world and the human world.

As people we need to change our reliance on plastic, but more importantly we have to stop businesses from using single use ‘disposable’ plastic. You can’t ‘throw it away’ and most of it isn’t recycled. As a society we have to stop businesses from making so much plastic, and as consumers we have to stop insisting that all our strawberries are perfectly formed and sealed in shiny clear plastic. How about a nice little cardboard box with a lid we can open and have a look? There are alternatives, and we need to insist on them.

This isn’t rocket science. Ireland has the Repak group that works with suppliers on managing waste, recycling materials and designing better packaging. Check out their clear info on their website at www.repak.ie, or their Youtube tips.

We have bulletins on the news about ocean pollution, bin charges for domestic waste removal, and the World Wildlife Fund showing ads telling us we ‘are the generation who can fix this problem. As a society, plastic is an easy, cheap product to produce with a zillion handy uses. There is no doubt that plastic has improved food hygiene immensely. Ask your grandparents how many people got food poisoning in their day. We don’t want to go back there. But do we need bananas in plastic bags, or apples in plastic trays wrapped in plastic?

I’ve often seen nice people pick up three onions, place them in cheap plastic bag before putting them in their trolley. Why? Our grocery stores can simply stop using those rolls of cheap bags and use paper instead.

I’m certain that a great many meat products could be wrapped in old fashioned grease-proof paper, or that thin plastic-coated paper. But we’re accustomed to equating clear plastic with cleanliness. I guess people like those heavy plastic trays of meat that don’t leak. I like cleanliness too, but we can strike a better balance between our desire for sanitised meat products and burying the world in throw-away plastic.

Not all plastic packaging is evil. I certainly won’t argue about all our hospital supplies wrapped in plastic. I’m sure that saves lives. I’ll never argue for re-using that hypodermic needle. The plastic packaging in the medical field is a waste stream we are better off living with, rather than dying from infections.

However, the vast majority of plastic packaging is simply a habit of commerce, a material that is cheap to produce because the makers don’t have to pay for cleaning up the waste. Marketing people equate clear plastic with sales. ‘Look at our lovely shiny product!’ Retailers equate large plastic packaging with reduced theft; it makes it harder to sneak out with that small cosmetic or electrical item. Even small manufacturers stack their products on pallets then wrap the whole thing in plastic film to keep it together. All that plastic gets ‘thrown away’ after one short use. But of course, there is no ‘away’. Now we realise that our waste disposal system really just moves that waste from one place to another, and unfortunately our current recycling system isn’t effective.

The recycling bin is a lie we like to believe. Do you really think all those take-away containers and soda bottles get melted down and turned into shiny new plastic? For years Ireland has been the largest producer of plastic waste per person in the EU. Or maybe it is Estonia. It depends on whose data you trust more. It’s safe to say that the people and businesses of Ireland aren’t doing a good job managing waste.

So, we all got our recycling bins along with our regular bins and people felt good about separating their rubbish and doing their part to save the planet. In reality, some of those ‘recyclables’ were incinerated, less than a third was actually reused, and a big proportion of all that plastic was just bundled up and loaded into shipping containers and sent to China. Until China finally realised that they were becoming buried under European trash and stopped all imports in 2018.

If the contents of your recycling bin were really ‘recyclable’ it would mean that stuff could be used as a raw material to make something else. That would mean the contents of your bin were worth something, they had value, and could be sold to a producer. In reality, the material we call ‘recyclables’ are worth nothing today. The market for them collapsed in 2018 because there is too much plastic that is too difficult to reuse. In other words, separating your rubbish into the black bin and the ‘green’ bin is just putting your garbage into different containers. Our current waste disposal system is broken.

Meanwhile, the supposedly good citizens of Ireland continue to throw all their rubbish into their ‘green’ bins so it gets taken out of their sight. Political niceties prevent the waste companies from charging us a realistic fee to carry it away. But all that rubbish is really only piling up and sooner or later we’ll find out that Leitrim or Cavan has been buried under all our crap.

I could ask you to read all sorts of EPA documents or studies on the problem of waste. But I’d rather send you to www.EdwardBurtynsky.com for the most beautiful evidence of environmental destruction you can ever find. He has travelled to all these awful places in the world where junk piles up and made amazing images. At one time, China thought they could make money by collecting all the world’s electronic garbage and breaking out the little bits of valuable metal. They have the world’s largest supply of cheap labour, so they dumped all these bits of toxic metal on rural communities and paid them pennies to smash out the shiny bits. That is, until they realised they were poisoning their population with the run-off from the trash. So they eventually banned waste imports to the country, but not before they gave themselves a long-term pollution problem that is going to cost a bundle to clean up. Or maybe they’ll just bury those communities and relocate the people.

If Ireland can’t dump it’s plastic and electronic waste in China anymore, where does it go? Well, that’s a good question. Don’t ask your bin men, because they don’t know, or aren’t saying. But guess what: the people of Ireland don’t care. ‘Green’ is just a slogan for Bord Failte to use to get Americans and Germans to come spend money here. ‘Recycling’ in Ireland is just another name for ‘Take my crap away from my house.’

“It only takes one visit to a recycling plant in Dublin to realise that we are not a nation that likes to comply with any kind of rules…Judging by what householders put in them, these bins are often only green in name.” (Irish Independent, March 2018)

If recycling isn’t working, let’s go back to that first part of the happy slogan, ‘Reduce-Reuse-Recycle’. There are plenty of online tips to help you reduce your waste. But most people still take that paper throw away cup for their coffee and buy their water in little plastic bottles. (Even after a national campaign to whine about paying for safe water in our homes.) These are casual, everyday habits that cause national problems. But as long as *I* can grab a cheap drink and *throw away* that plastic bottle, *I* don’t have to worry about it. Consumer behaviours are hard to change, but it isn’t impossible. Still, people won’t change until the cost hits them directly.

The plastic bag charge in 2002 has been an amazing success story. All through the 80s and 90s every bush and fence in Ireland had a cheap plastic bag stuck to it, blowing in the wind. Tourists complained, letters were written to newspaper editors, and eventually the government implemented the clever idea of a trivial charge on plastic bags at store checkouts. That tiny 15cents per bag reduced plastic bag use by 90%! Such a small regulation resulted in an enormous change.

Even so, I think that an opportunity was missed to cause even more change. With the end of plastic bags, every shop started giving out paper bags instead. I guess some retailers loved it, because paper bags are much more attractive to custom print with their logo. Now we see people strolling around shopping centres with five or six logos in their hands, advertising whatever shop they’ve visited.

Why didn’t the government expand their cleverness and require all paper bags to be recycled paper? That would have created an instant market for post-consumer waste paper, and succeeded with the proverbial ‘two birds with one stone.’ Instead, we’ve had 17 years of more waste paper building up with nowhere to go, because Ireland is considered too small a market to make it profitable.

So, what do we do? Should we scoff at the predictions of doom and go back to our TV programmes? Should we riot in the streets for a clean world for our children? Should we all learn to plow to feed our families?

First, I’d suggest taking off the plastic packaging when you leave a store and handing it back to them to deal with. They are legally required to do so. Put the product in your own reusable bag, whether it is apples or clothes or toilet paper. This approach probably won’t work with ice cream.

If we complain enough the government will listen and change their regulations, just like with the plastic bag levy. Shops will have to pay more to get rid of the waste, will tell their suppliers that they don’t want the hassle of single use plastic and make them change. And manufacturers will see their long-term profits under threat and adopt better methods. Clever people will invent better ways to use fewer materials, what some people call the ‘Circular economy.’

Public pressure does work, but we have to agree that plastic is a disaster.

People of Leitrim unite! Before your county becomes one giant dump!