What is a Picture Story?

Why do we use images to convey a story, when words can be so much more specific and precise? People mis-interpret images all the time, we say that interpretation is so subjective and people can have different interpretations of the same image. Or as I like to put it: all pictures lie.

So what is the good of using pictures to tell a story?

We spend so much time talking about images and how to ‘read’ them because as an imaging professional it is your job to make pictures and understand the many layers of meaning that will be applied to those images once you send them out to the public.

You may create project with very specific intentions, or you may be trying to make images to understand a topic without being certain what you are trying to say. Either way, your experience will influence how you make images and what images you choose from the multiple options you create.

If I am making a photograph for an advertisement, the client will have very specific ideas about what that image should say. The client is paying me to create an image that meets their objectives and I need to use my technique and my understanding to fulfill those objectives. I’m a bad photographer if I allow awkward, inappropriate meaning into that image. It is always possible that a few people might apply wildly eccentric interpretations that the photographer can’t anticipate. But it is also possible for the photographer to make inappropriate choices or fail to recognize something painfully obvious to a majority of the audience. You, the image maker, are trying to be informed, careful, and creative in recognizing meaning in images. It may be obvious to us now that it is inappropriate to use a child in an ad for cigarettes or alcohol. But is it okay to photograph a 21 year old with a beer in a way that makes them look like a young teenager? In what other ways are commercial images used that are misleading or inappropriate? The Visual Studies module is asking you to use the ideas discussed by Gillian Rose to identify those questions and consider the answers.

We use the same tools when we are looking at picture stories that document some phenomena or describe a viewpoint. We think about the different ways we, and our audience, may interpret the images. If I want to do a picture story for the newspaper about under age drinking after the Junior Cert results are published, what factors do I need to consider?

Factor 1: I’m not going to photograph a man with a beard with alcohol. I doubt any of us have seen a 14 or 15 year old with a beard, so it wouldn’t contribute to the story.

Another factor: must I have a picture of a very young looking teenager vomiting on a dark street? Is that the heart of the story?

What if I do a series of six shots of Junior Cert students sitting on the couch with their parents? Could that illustrate a story about underage drinking? What kind of text could I use to make those images relevant?

What other ways could you approach this topic that will give the audience some insight into the response to Junior Cert results?

I learned to be a photographer in Florida, and I take lots of pictures when I go over on holidays. One of the things I love is that there are lots of places in Florida where the wildlife will eat you. Not just the big scary alligators, but little crabs and birds and fish are all happy to devour you if fall over and hit your head.

Which of these two sets is more of a ‘3 picture story’? Which is more interesting?

“The salt prints are on show at the Brighton Photo Fringe alongside large graphic images that are used as tiles on the walls. This is accompanied by audio interviews with the Irish Travellers, allowing the viewer to immerse themselves in the experience.”

“‘Will you tell my story?’ they say to me, and I’ve tried in my own way,” says Buckley.

Tan and Dickinson don’t leave the images to speak for themselves. Why?

They have spoken to the subjects in the shots and provide quotes to go with each of the images:

“This are has many challenges. The circumcision of girls is a challenging issue. When you circumcise a girl, a girl can bleed until she is dead. I want to live in a world where circumcision does not exist and where my daughter won’t have to be circumcised.

My hope is to be a catering teacher. I will teach people how to cook and how to bake cakes. I think if I am strong, I will have a greater future, because confidence can mean having your own job and making your own plans.”

“There are good things about living in this community. There are nearby water points and a good availability of vegetables along the river. But the challenge here is that children’s rights are violated and girls are exposed to harmful cultural practices. Then, when someone gets sick they use herbal medicine.

Girls and boys are not equal. A woman’s role in this community is to bring up children and follow rules in the community. I think girls should get their confidence from education and from working hard in school. That is why my goal is to be a teacher.”

“Poverty makes people think that a boy has more value than a girl … Even some tribes like the Maasai, you’ll have a boy being taken to school and a girl being taken to marry because a girl is not important to them. We should all be given equal chances. Whatever a boy can do, a girl can do. It’s best that we work together as boys and girls.

When I am older, I will take the young people and advise them about corruption. I know I can help others who don’t have an education. The purpose of a leader is to help people who are in need of help.

Ulla Lohmann on a remote tribe in Papua New Guinea 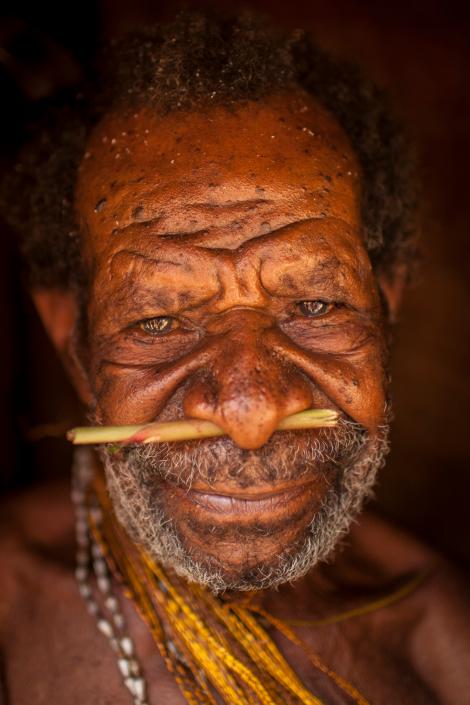 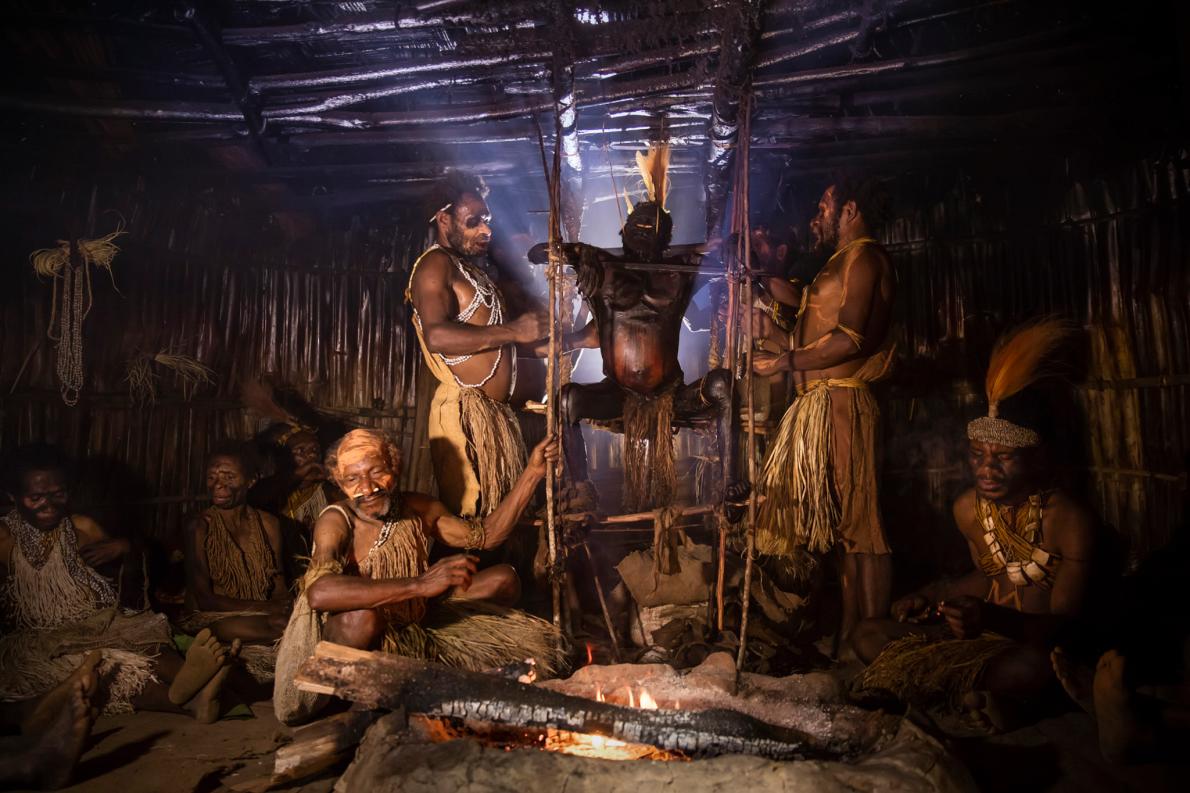 “When she first met the Anga tribe in Papua New Guinea in 2003, the tribe’s elders told her to leave…Lohmann retreated when she was asked, but not long after, she went back—and continued to return regularly over the course of a decade.”

Or how about these three from the series: 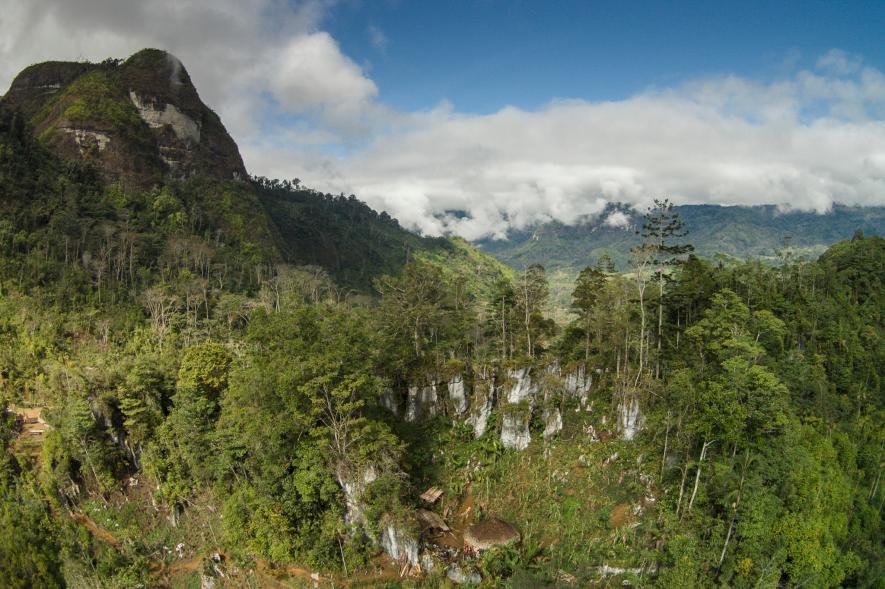 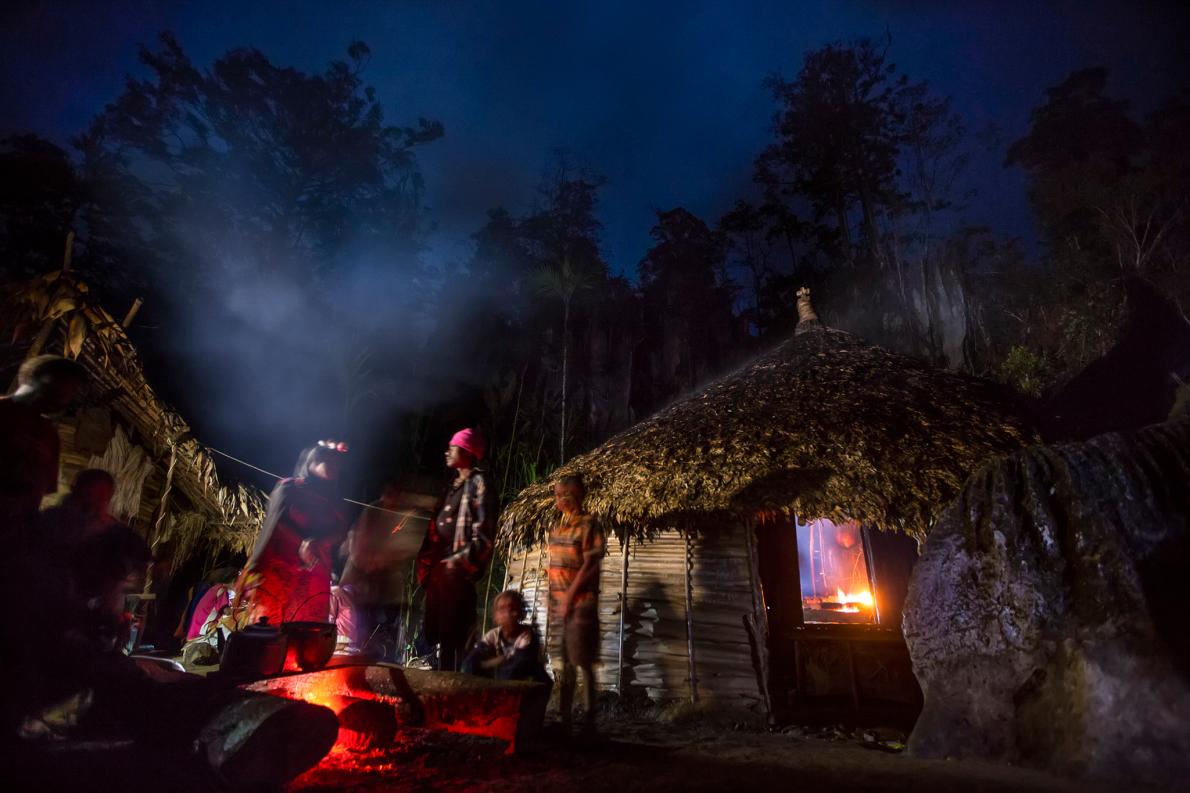 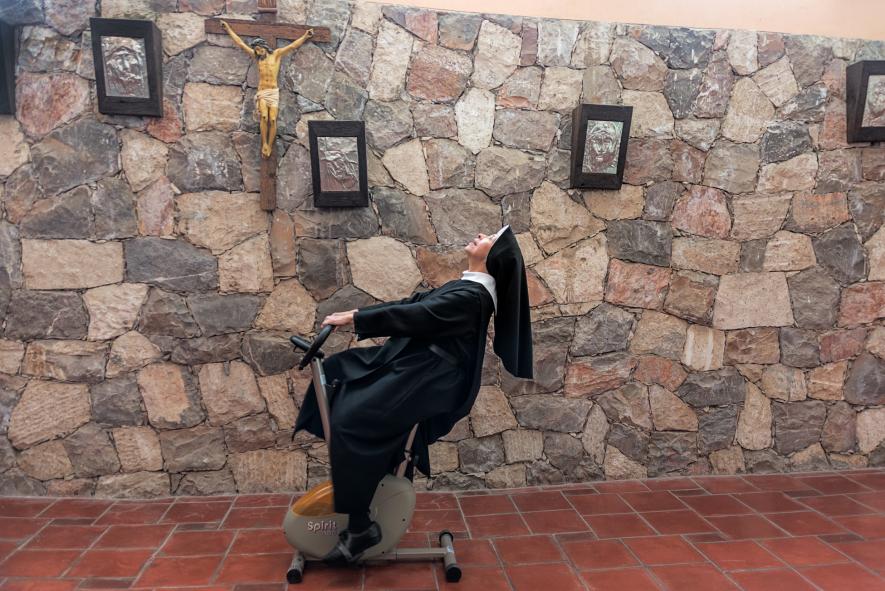 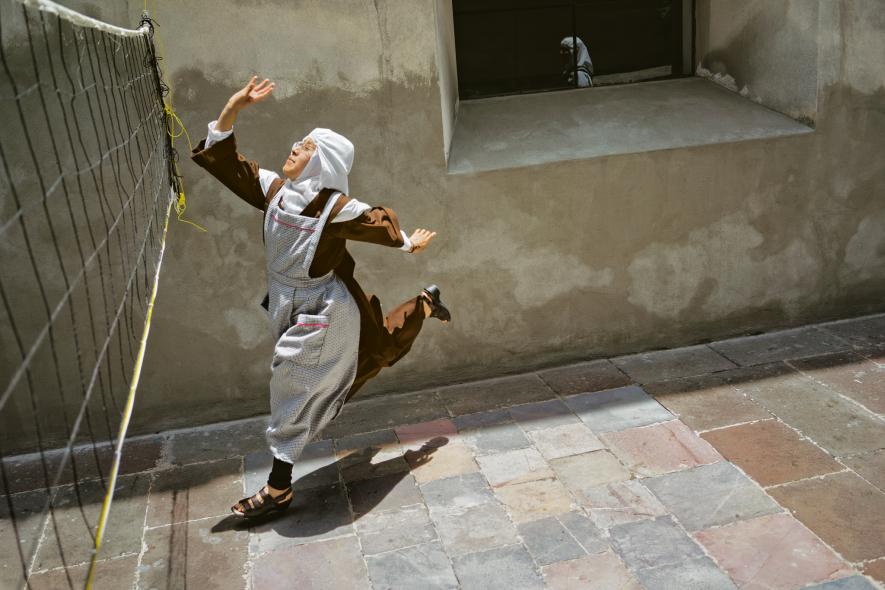 Last year I was working on a project about chronic pain. I found it really interesting trying to come up with images that express my experience. I’ve tried two different approaches: one uses straight documentary shots in my house, and one is a series of composite images of body parts layered with different textures.

Are these both ‘stories’? What are the strengths and weaknesses of each approach? 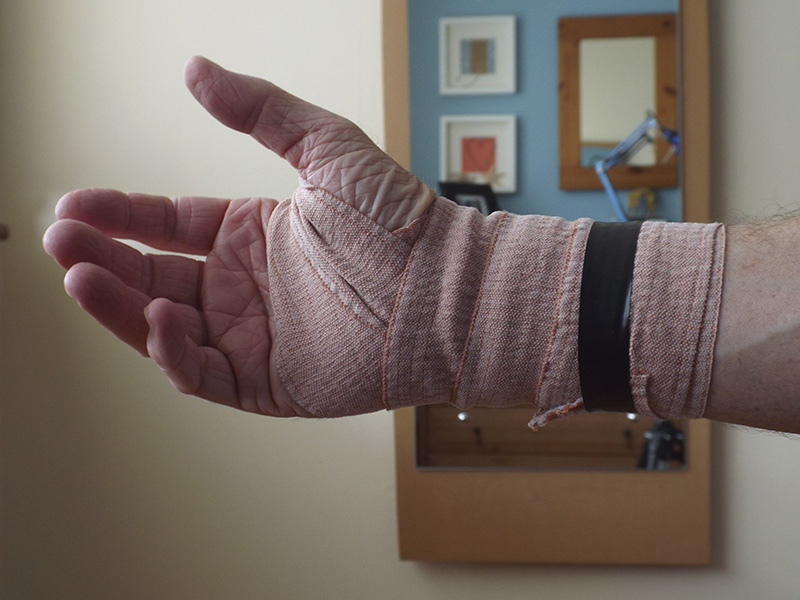 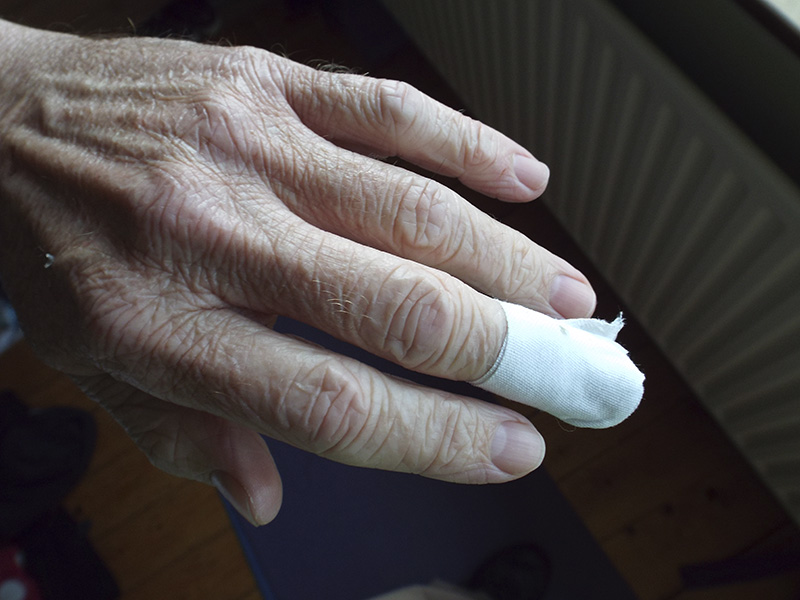 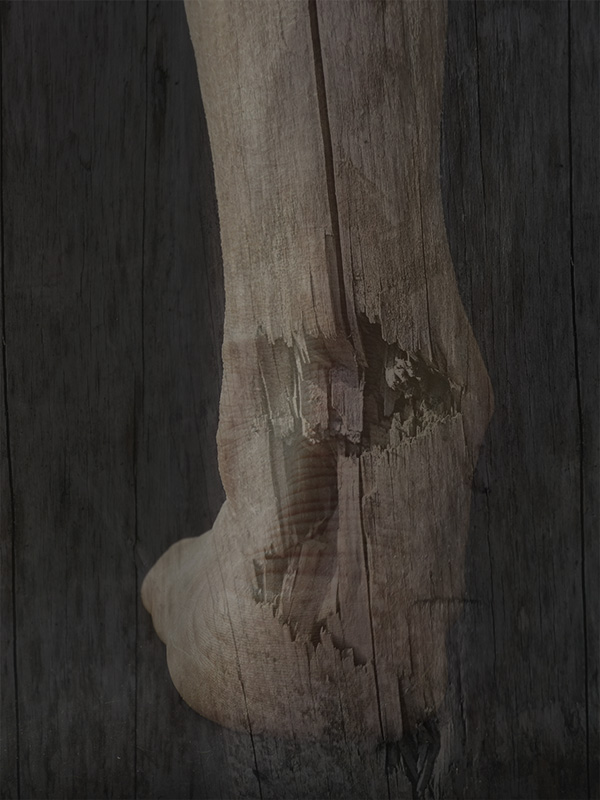 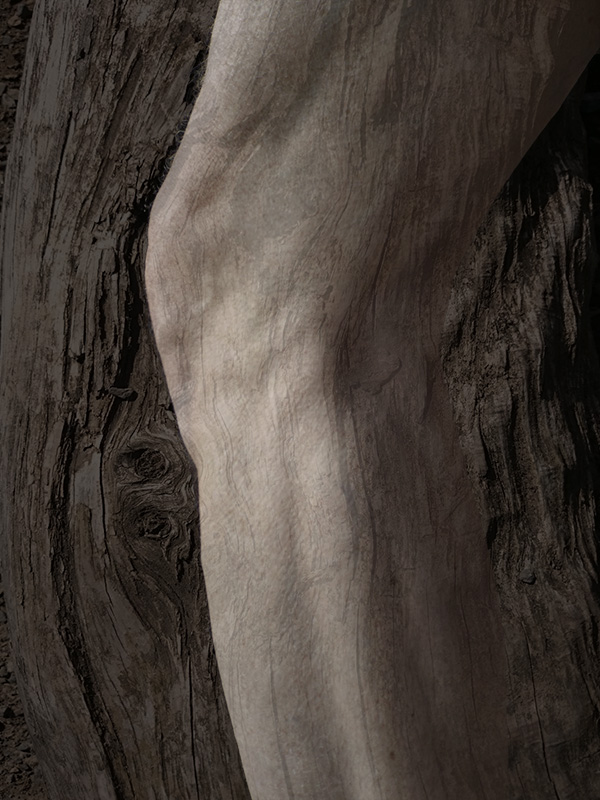